Most often, charging errors and issues are indicated by LED color codes. Blinking yellow LED indicates the “Abort Mode.” That means the charger’s output is somehow disabled or disrupted by any kind of issues.

There can be multiple reasons behind this malfunction. If a charger output is shut off, the primary fix for this problem would be resetting the charger. To reset your charger, simply disconnect the charger from the power supply arena and connect it again after 5-6 minutes.

The models from Samsung mostly face these blinking issues:

If a problem arises with the duo charger, the most important thing is to use the compatible components. Basically, trying to charge two phones with the power of one is absolutely not fair.

Likely, I have found many users who use a single wireless charger adapter for a duo wireless charging pad. As a result, the yellow light starts flashing due to power inconvenience. In this stage, the user better uses an adapter that delivers the power of more than at least 2 amps.

Another thing one needs to notice is – the adapters get weaker day by day. Find out whether yours is devastated too. Remember that weaker wall adapters are often the main cause behind Samsung Wireless Charger Yellow Blinking Issues.

While digging deeper into the reasons behind Samsung wireless charger blinking yellow, I often found that the user is charging with an AFC or a brick that doesn’t even match the output with the phone. As a result, compatibility issues occur.

In this situation, A user can get the authentic cables from Samsung or similar graded quality products.

Also, confirmed you can use authentic adapters and Pads compatible with Samsung devices.

Using components that are not properly compatible makes issues and Yellow blinking in the charger as well, resulting in damage to the device overall.

A damaged Cord of a Cable

Check if the reason behind the Samsung wireless charger blinking yellow is a damaged cord.

We often mistakenly push the cables with the legs of a table, the side of a sofa, or some other heavy furniture. As a result, the cables get damaged. Most of the time, the cable is damaged internally; no sign is visible externally when we look at it. Thus it creates inconvenience and instability in the power supply, and the Yellow LED starts blinking.

The only way out of this situation is to investigate the problem visually. If you are certain that a ruined cable is making the issue, get a new cable from Samsung.

We find so many users using thick cases for their phone’s protection. There are a bunch of protective cases in the market right now, for example, Otterbox, UAG, UAG Plyo, Poetic, Poetic Spartan, and Supcase.

These thick and rugged cases save the phone from extreme situations, but it creates trouble while wireless charging.

Remove the cover or replace it with a new one that supports Samsung Wireless Charging and doesn’t make any charge obstruction.

NFC is an essential feature for phones. It first showed us the endless possibilities of wireless charging. Anyway, the technology has advanced much far that we now consider NFC wireless charging as backdated.

Hopefully, this will start the charging properly and turn off the yellow blinking. In a word disabling the NFS is the only way out.

Moving Away Electronic Components from the Charging Path

Analyzing situations, we may find several users keep their electronic components randomly on and around the wireless charger. It can cause trouble to the Samsung Wireless charging system and make the Yellow LED blink as the charging gets disrupted.

Everyone knows that every electronic material component creates some EMF(Electro Magnetic Field) around it, which can cause inconvenience to wireless charging.

Ensure that there is no disruption of other electronic components, the Yellow LED blinking must be turned off automatically, and the charging would be stable.

As said in point 4, obstruction between the phone and charger may create the problem of charging. There are assigned areas on the phone that should be in touch with the charger’s assigned surface. But if the user does not put the phone on the charging pad as it should, the active surfaces might not get touched properly. It can cause not charging and blinking LED lights indicating errors. Moreover, it can overheat your phone and do long-term damage to the phone’s battery and other components as well.

Here, the common and only solution is to put it properly. Ensure that the phone’s charging area is properly touched with the wireless charging pad. This will charge it properly. In a word, a user must be careful about the phone placement over the charger.

Wireless charging is a significantly sensitive process; it can be affected by various conditions and facts such as:

Many users complain that their Samsung wireless charger isn’t supporting Fast charging, while they’re using a basic power brick. Sometimes an incompatible one with their fast Wireless Charger.

That basic brick won’t give the fast charging output to the charging pad, Right? Switching to a fast-charging brick (Samsung Authenticated Bricks are Recommended) would solve the problem instantly. Users have to be cautious about the components and setups they’re using. Ask me why? So many times, it happens when a user is using cables, bricks, and even electricity supplying outlets, which are not from any authentic brand and sources.

We don’t take this into concern, but we have to agree that a cheap and lower-graded component cannot give a long-term service compared to the branded and authentic ones. In long-term use, these components get ruined and create issues.

In conclusion, I will drop some recommendations about Samsung Wireless Charger Yellow LED Blinking. This issue is not a severe crisis or a fundamental problem. We can see it is generated by electric inconvenience or any kind of barrier that makes the charging process ABORT.

In a word, the simplest solution to this issue is Using Compatible and Authentic Components (Samsung’s Own Products are Highly Recommended). When there are all the authentic graded products from Samsung with Samsung wireless chargers, there’s the least chance of having issues with These Yellow LED Blinking and any similar problems. 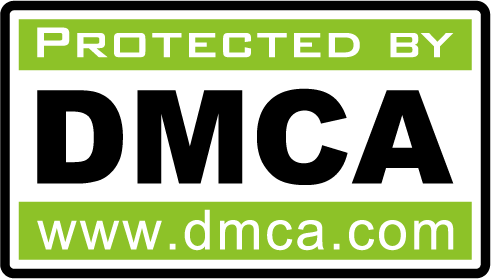